“The significance of the 20th and 21st century Japanese design is undisputed, both in the East Asia region and globally. As such, design from Japan will necessarily assume an important place in M+’s design collection. Shiro Kuramata (1934-91) was regarded as the most influential and widely-known Japanese furniture and interior designer of the late 20th century. Out of more than one hundred architecture interiors designed by Shiro Kuramata, only three still exist today and the work in question is one of them. The acquisition of “Kiyotomo Sushi Bar” is an important milestone for M+ in collecting and studying Asian designs.”#1

M+ responded to a query from a member of the Legislative Council after the acquisition controversy was leaked by the local media. 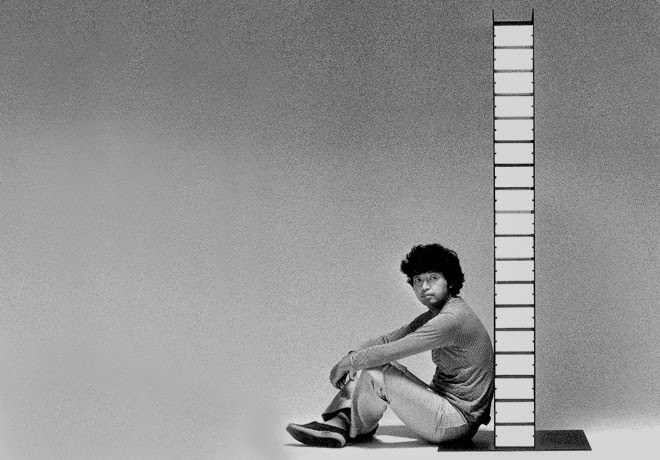 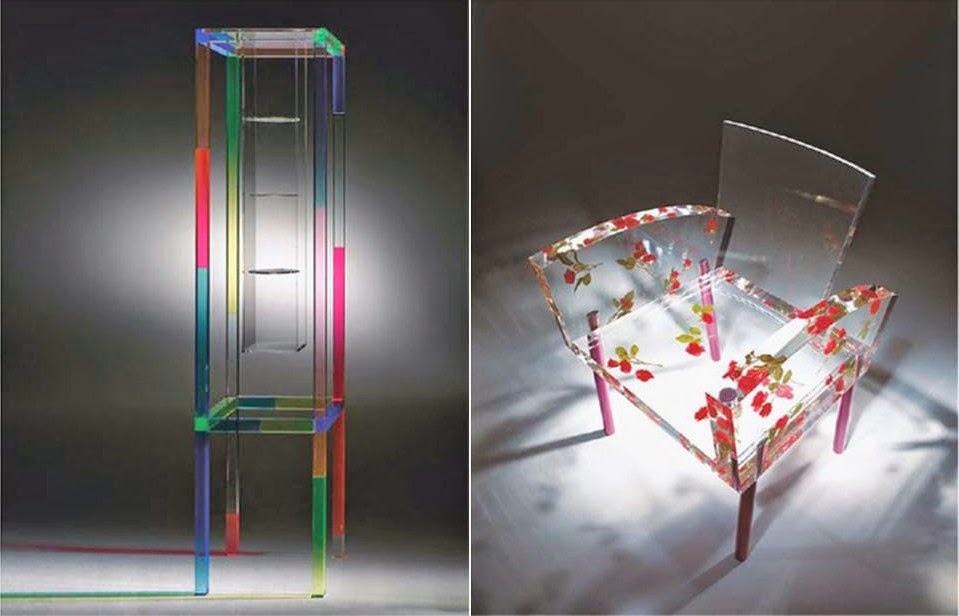 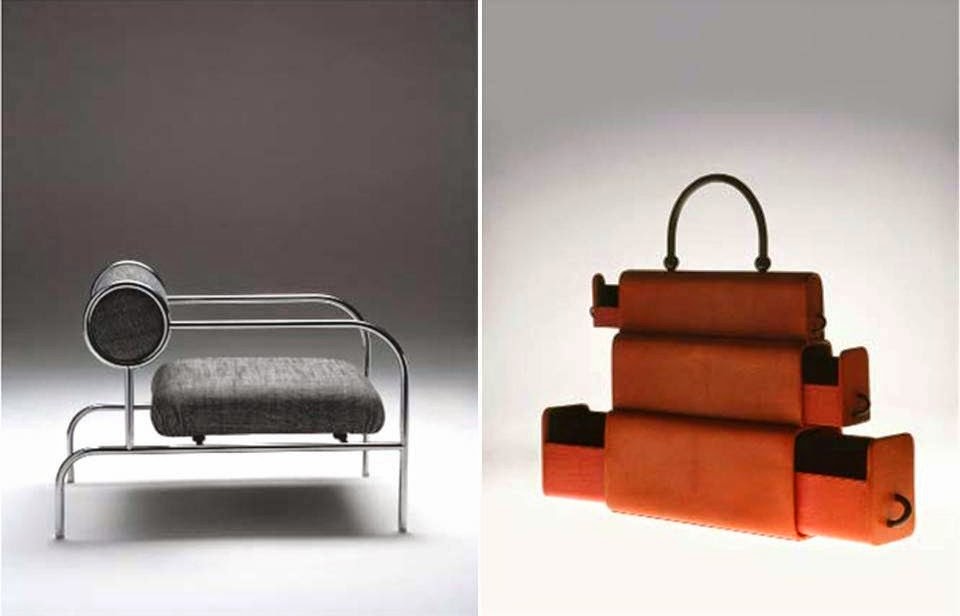 Shiro Kuramata was a member of the Memphis Group, which influenced much of his industrial design approach in the 1980s. His furniture pieces are visually striking and those with limited production are still sought after in auctions. Many design museums are eager to keep them as novel gems. Kuramata’s works like the ones by Michael Graves or Ettore Sottsass, expanding possibilities whilst representing a post-modern movement of reactionary forces against functionalist dogmas, are radiance in the spectrum of design fads of recent times. 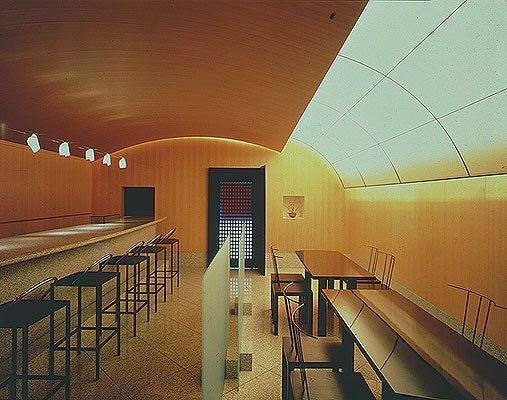 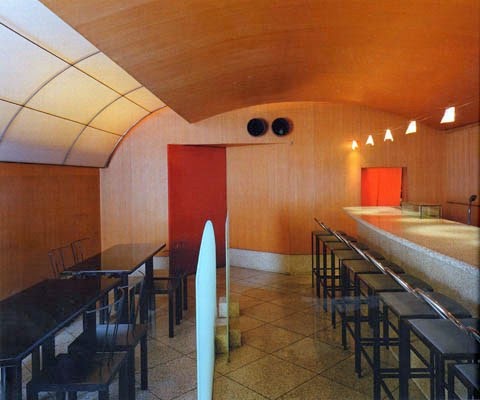 Contrary to his product designs, Kuramata’s interiors are invariably restrained with hints of Japanese aesthetics. To the right, Ya Ya Ho lightings by Ingo Maurer and Ko-Ko bar stools by the architect himself are present.

It was Oriental Daily which made headlines by revealing that the museum committee had decided to transplant Kiyotomo Sushi Bar in Hong Kong as a major permanent exhibit, come M+’s opening in 2017. The Tokyo restaurant had already ceased business in recent years and the price tag of fifteen million HKD is definitely the biggest cheque the owner receives in its entire history of operation. The museum is expected to dish out another two million at least for its ‘take-away’ operation of dismantling, shipping and re-assembly. Kuramata probably had never imagined such outcome, nor did we. Between gasps of breath, there are a few questions we’d like to throw in. 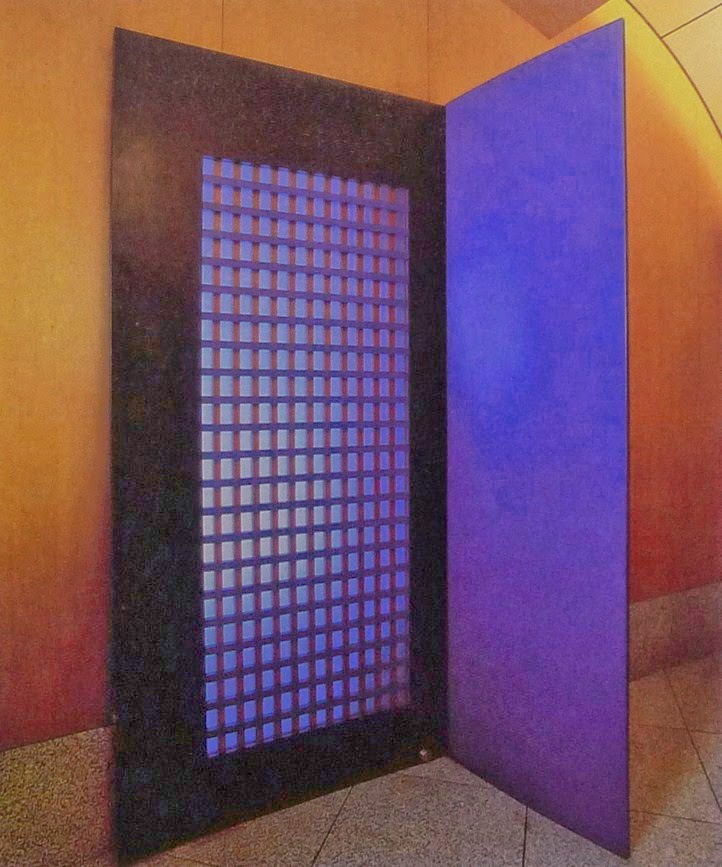 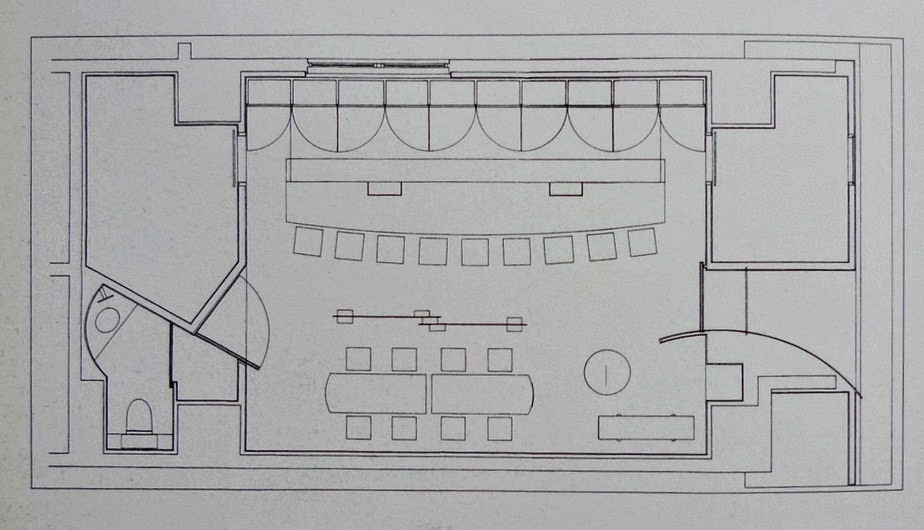 What is Kiyotomo Sushi Bar?

Not perturbed by my own ignorance on the interior project, I tried very hard to find something, or anything, on it in the Hong Kong University Library. Without turning every single page on the bookshelves, my attempts though persistent by most standards only yielded to an emotional tribute by Sottsass in the February issue of Domus, 1996.

In parallel, this research was developed into a game of luck through search engines in English, Chinese and Japanese (which was stretching my ability), the result was dismal. Even Kuramata’s official website offers no information - in fact none of his interior works are shown. It leads to a thought that the case of oversight across the board on an ‘important milestone’ as M+ describes, in reality presents a huge gap.

In case of doubt, it is always worth going back to first principles:

“You employ stone, wood and concrete, and with these materials you build houses and palaces: that is construction. Ingenuity is at work. But suddenly you touch my heart, you do me good. I am happy and I say: This is beautiful. That is architecture.”#2

Based on Le Corbusier’s yardstick of excellence and other thoughts, I am not affected despite repeated studies on the work. With ambivalence of concept, furtive expressions and proprietary finishing, this is, in my view, not an interior architecture worthy of museum collection. Its fateful escape from demolition does not warrant a reason to preserve. In short, I have all but reservation on its standing in the 20th century art and design. If any reader has any insight on this work attaining in typically Sottsassian expression - ‘sweet metaphysical dreams’#3, I am all ears. Finn Juhl’s interior and house revived as part of
the Ordrupgaard Museum in Copenhagen, Denmark.
(Image∣www.stephembrookes.com) 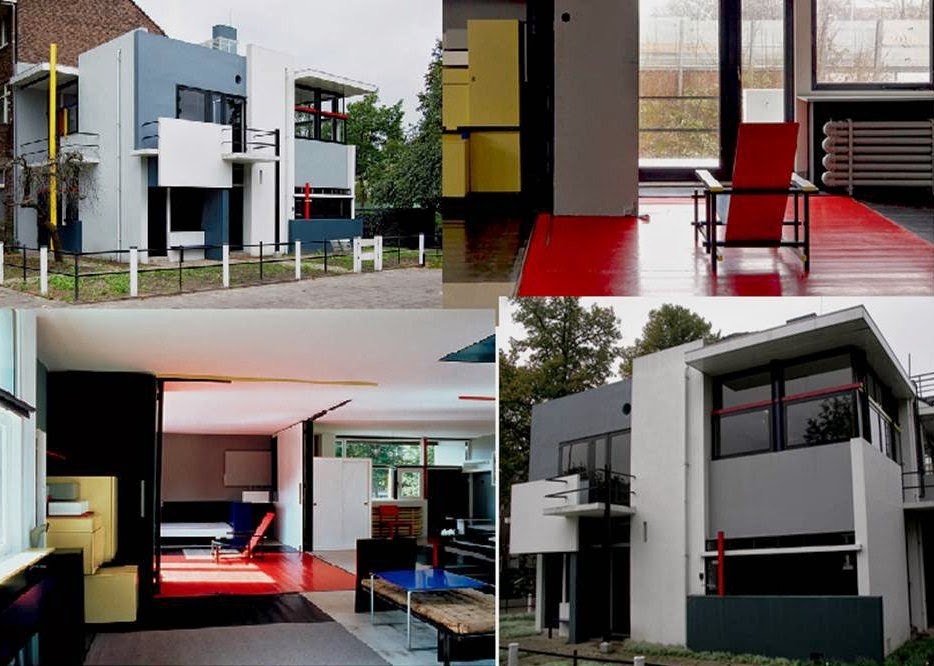 The Shröder’s House by Gerrit Rietveld in Utrecht, Holland –
it surpasses the role as a museum to become
a synonym for the De Stijl movement.
(Image∣www.studyblue.com)

Why buy a contemporary interior?

The precedence of re-locating interiors to become museum pieces is not unheard of. For historical collections, they are plentiful and citing is unnecessary. For interests in mid-century works, the interiors are seldom separated from the shells that contain them. The interior of Finn Juhl’s house preserved for appreciation makes sense when the building that houses it is intact, same case for the Shröder’s House. The reason being so arranged, their complementary existence would be at a lost otherwise.

In quasi-preservation settings, the Geffrye Museum makes up the drawbacks by devoting itself to the theme of domestic designs of the past 400 years. The series of historical interiors transplanted in the Met achieves similar effect. But a recent interior exhibit preserved out of context and in isolation is a challenge to the audiences and curators alike. With limited references to other contemporary paradigms in the museum, what meaning can the sushi bar convey to our city? 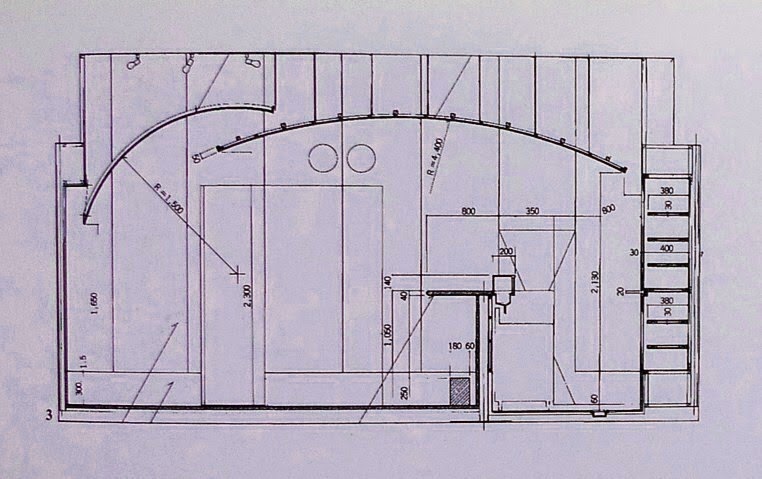 Section across the restaurant. 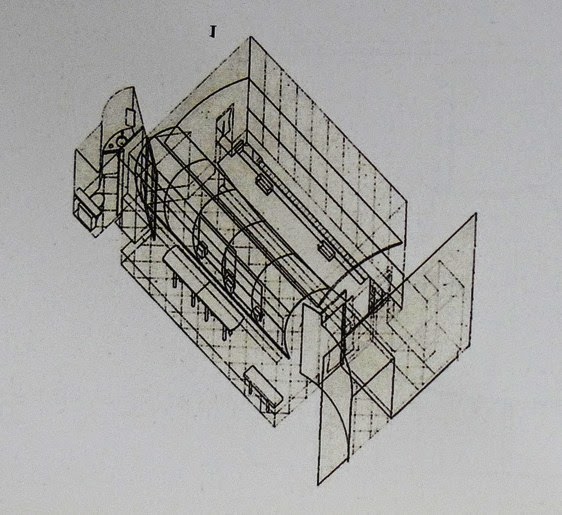 Axonometric view from the entrance. 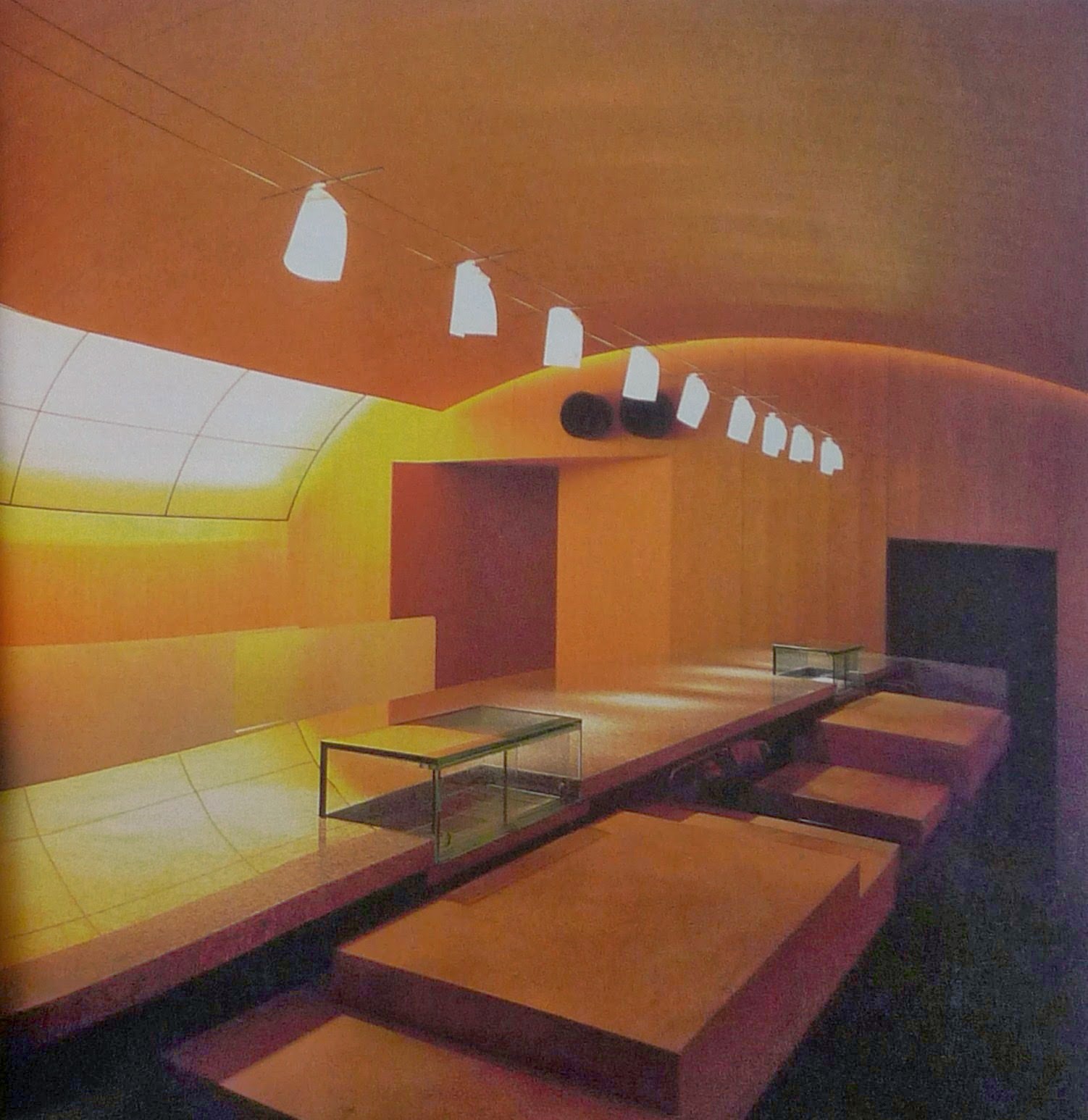 View from the chefs’ side towards the same direction.

How to handle an artefact of contemporary interior design?

When the interior is taken down and re-constructed in M+, there are a series of issues to be considered. Assuming that every piece of the finished materials is salvaged and preserved in a meticulous manner, otherwise the business of buying the restaurant fitting-out as a ‘genuine article’ would be pointless. After all, the museum opines that the work is ranked among the “most important and major work of art”#4. As such, meddling with its authenticity is profanity to the curators.

It is therefore expected that the water stains on the skirting, the worn-off timber veneer on the walls, the chipped granite flooring and every bit of scratch mark anywhere would be faithfully re-assembled to match its existing conditions in Tokyo. Is it feasible in reality? Will there be new and unsightly sealant joints or finishes deviating from the originals? These are some of the nagging questions. Unlike ancient interior preservations we are accustomed to, the transposition of this aged contemporary interior might transcend its re-birth with cryptic nuances.

Having absorbed on this mental picture, the restaurant interior faithfully re-constructed is still not the restaurant envisaged. The absence of waiting staff, food and tableware would render this re-construction incomplete and sterile in appearance. Would we see barrier ropes and people freely roam about in this tiny space of alternative spectacle? 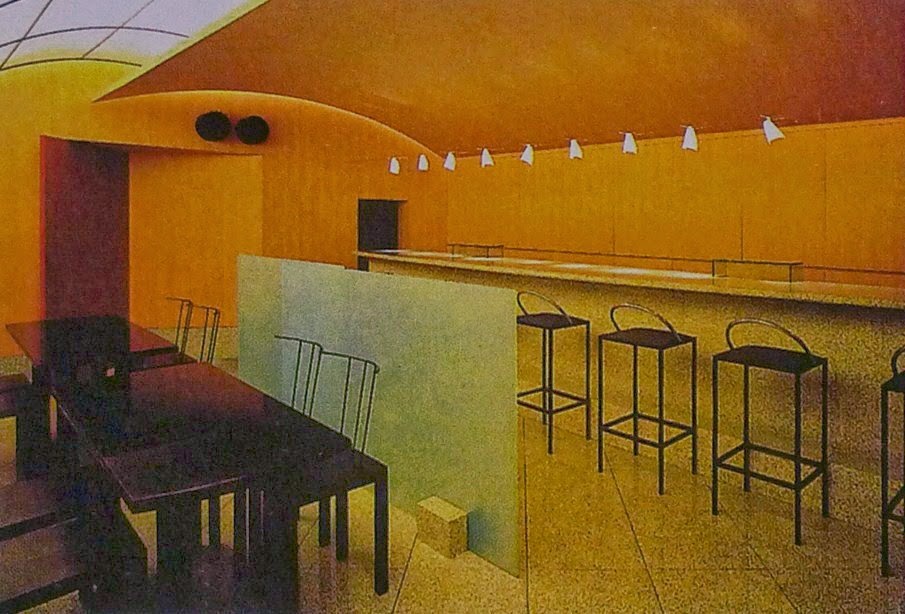 View from the entrance. 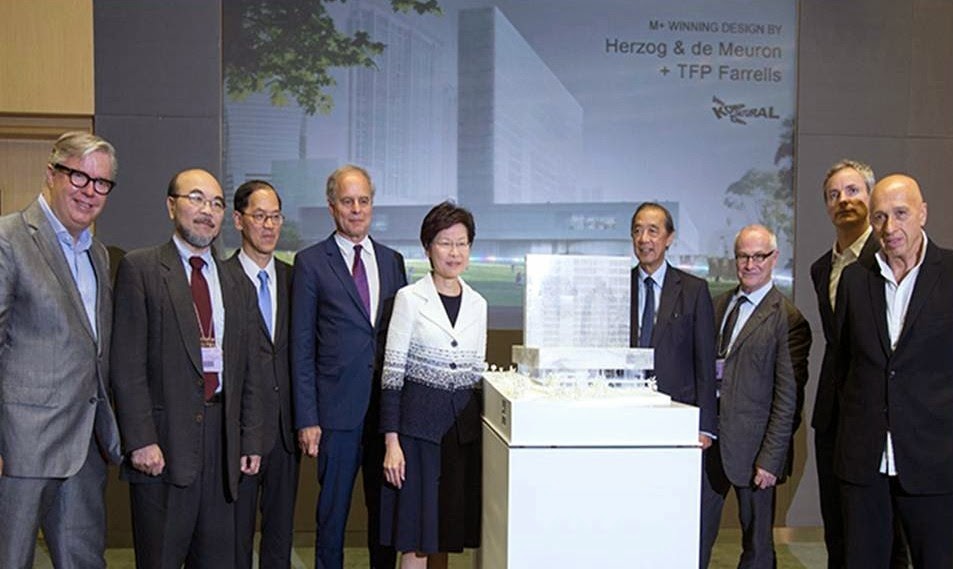 Beside the M+ architectural model are some members of the Museum Committee. The governing body is basically made up of bureaucrats who invariably endorse the recommendations by the Interim Acquisition Committee comprised of professionals.
(Image∣West Kowloon Cultural District Authority)

The task of filling up M+ with its own collection is daunting, considering the ambitious museum has a net area of 26000 sq m exhibition space to start with. As far as information made public, this building of visual culture has amassed a variety of visual art, moving images, architectural materials, popular designs, and the list is expending. Eschewed from elitist tendency, Sundial believes that a museum of mixed directions should maintain a very rigorous selection policy.

The reason is simple: Art and design serve different needs in a society, any attempt to blur the two would be detrimental to all. Its damage is gradual but caustic, reverting the course is extremely difficult. To illustrate with examples, just imagine a pair of trainers is conceived like an artwork to the extent that the basic performances are compromised. Or any hyped-up poster that is no better than a picture illustration is celebrated along with serious art.

For every plus, there is privation in return. Populist intents embraced by M+ are no substitute for lax acquisition policies. Hence, an art museum proper would not incorporate a design gallery and a house of fine art should not mix with applied arts. Before all of us are confused, would M+ let us know what you are up to? Is this ‘plus’ a liberal inclusion of visual culture – a boundary-free confine that defies calls for focus, or a leverage of authority to squander on public coffers?

#1 and #4 Official response from M+ to Hon Christopher Chung, member of the Legislative Council based on his letter dated February, 25, 2014. Link here: http://www.legco.gov.hk/yr13-14/english/panels/wkcd/papers/wkcdcb2-1104-1-e.pdf

The interior of Finn Juhl’s house and the Ordrupgaard Museum at here.

The final selection of architectural design for M+ at here.

Lost in translation? Chinese language summaries are available at below. 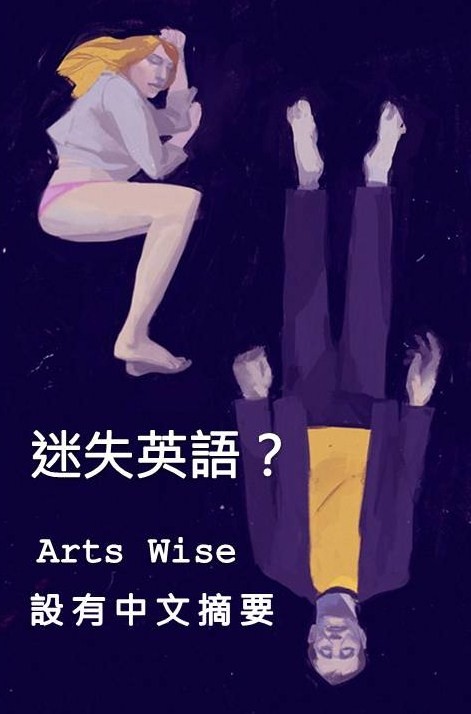 Sundial
H. C. Tsui (a.k.a. Sundial) studied fine art, graphic design before entering university to do architecture. Having practised as an architect for 20 years, he decided to call it a day in HK due to the unbearable money game ruled by developers. The situation is at risk of turning respectable professionals into well-groomed terriers.

Visual Arts, News, Opinions and others: 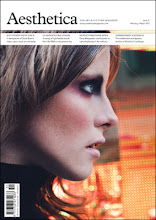 From Fashion to Gastronomy, Beauty to Travel:

Architecture and Design in particular:

China Art and Topics with style 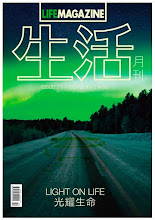 All Embracing Contemporary Arts across Asia: 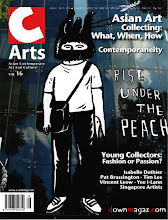